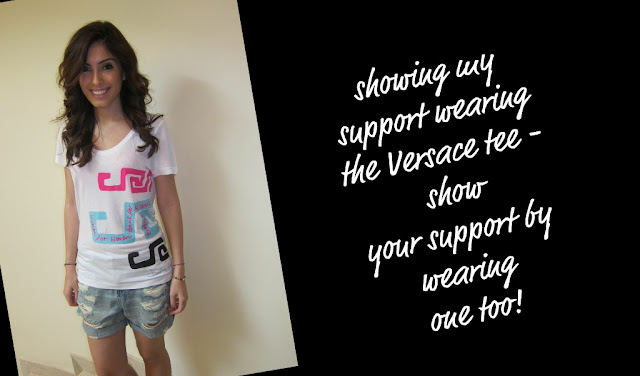 I wanted to share with you a great project I was recently introduced to a Fashion Charity Campaign – Harpers Bazaar in partnership with Brpwns have bought together some of Italy’s top female designers – Donatella Versace, Angela Missoni, Frida of Gucci, Alberta Ferretti to name a few to create a range of limited edition Tshirts in aid of Women for Women International, a charity helping women whose lives have been shattered by war. Click here to shop the shirts early March and Look out for the full feature in the April issue of Harpers Bazaar UK, coming out March 3rd!