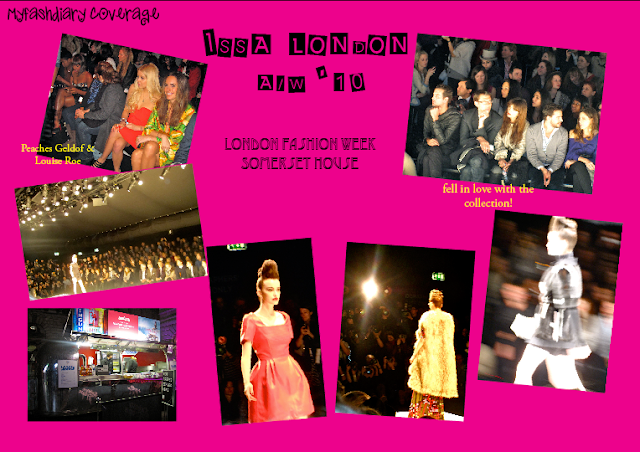 One of my favorite shows this London Fashion Week, was the Issa London A/W ’10 show. Everything from the music to the Introduction (I’ve included a video below) to the clothes were absolutely magnificent. I loved how Designer, Daniella Issa Helayel moved into a more edgier direction, but still continued to include the print dresses she’s been long known for… under capes, fur and quilted jackets. The front row was filled up with the likes of Alexandra Burke, Net-a-porter’s Natalie Massenet, Princess Beatrice, Louise Roe, and Peaches Geldof (tweeted a picture before the seats filled up!).  Above is a collage of my pictures from the show, and I’ve also included my favorite looks from the show below!

My Highlights from this year's Collision 2021
More