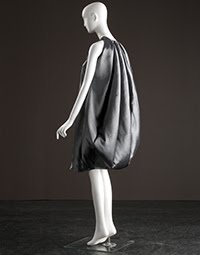 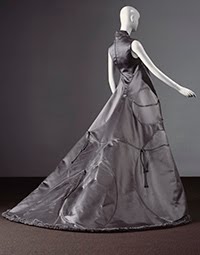 To all the new yorker readers, or anyone going to New York for a break..
there’s a must see fashion exhibition happening at the moment.

“American Beauty: Aesthetics and Innovation in Fashion is the first exhibition to explore how the “philosophy of beauty” is allied to the craft of dressmaking. Each of the 75 looks on display was chosen to exemplify the relationship between technical ingenuity and artistic excellence. Curator Patricia Mears has focused on approximately 25 American fashion designers, ranging from the obscure, such as Jessie Franklin Turner, whose work dates from the late 1910s, to rising stars of the present day, such as the Mulleavy sisters of Rodarte. Other designers featured include Adrian, Bonnie Cashin, Maria Cornejo, James Galanos, Halston, Elizabeth Hawes, Charles James, Charles Kleibacker, Claire McCardell, Norman Norell, Rick Owens, Ralph Rucci, Isabel Toledo, Pauline Trigère, Valentina, Yeohlee, and Jean Yu. “